RDS Surveyor is being developed by Christophe Jacquet, a French radio ehtusiast. 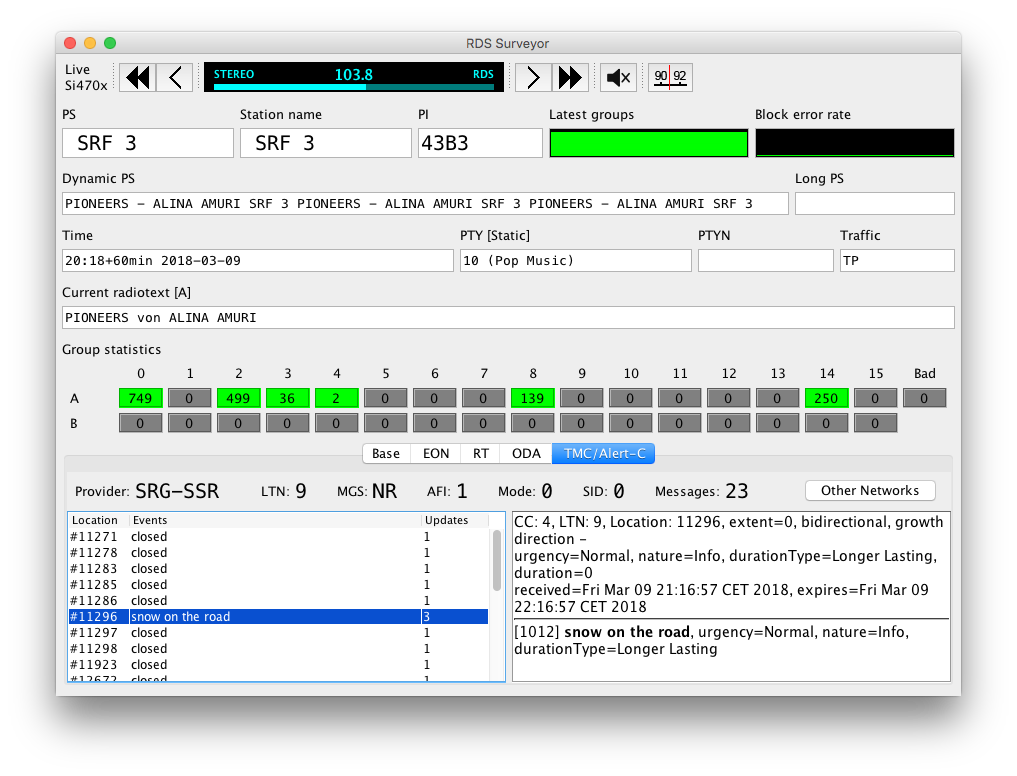 RDS Surveyor is Java-based, hence it runs on all platforms. It has been successfully used on Linux, MacOS and Windows.

Contrary to off-the-shelf radio sets that give access to only a subset of RDS features, RDS Surveyor enables the user to analyze all RDS data, at various protocol levels. RDS does not discard groups with errors, instead it tries to interpret groups even when some blocks are missing. This enables RDS Surveyor to decode RDS data very quickly, even with poor reception.

The itended audience for RDS Surveyor is both end users (radio enthusiasts) who wish to get full access to RDS data, and developers who wish to re-use an RDS decoder as a library. RDS Surveyor is open source; the code is now available under the LGPL (Lesser GNU Public Licence).

Please try and use RDS Surveyor. Then you may: 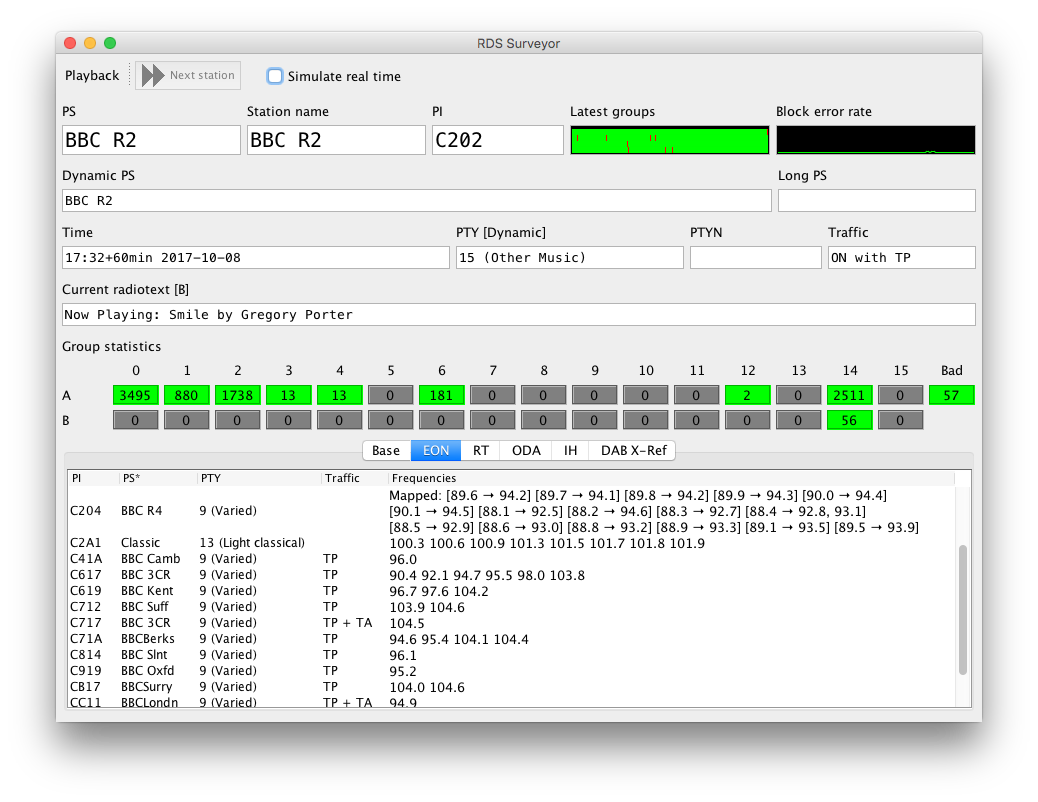